32 nations arrived in Russia last month to contest the 2018 World Cup, we’ve seen some surprises amongst the shocks and now we’re left with just two nations, both desperate to get their hands on the Jules Rimet trophy.

Sunday in Moscow will see 1998 winners France, take 1998 3rd placed Croatia, in what has turned out to be an all European final. Somewhat hammering home the recent dominance to those in South America. 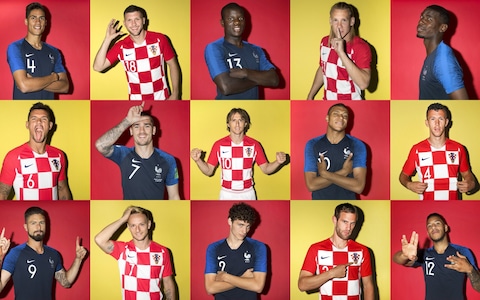 France under Didier Deschamps appear to have put the disappointment Euro 2016 behind them by making a 2nd successive major final (just as they did back in 98 & 00) and will start the game as favourites given their navigated route and the players at their disposal. A magnificent 5th final in 20 years is something special, just like this French team.

Deschamps himself has the chance to add his name to an exclusive list – by winning the World Cup as both player and manager, only 2 others have achieved this magnificent feat before. All this, after calls for him to go during the qualification stage after a home draw with Luxembourg.

With Lloris, Varane, Kante and Griezmann the spin of the side is remarkably strong and they’ll be looking to rid themselves of a disappointing extra time defeat to Portugal in the Euros.

Croatia have made the final by whatever means possible, all 3 knockout games have required settling out with the originally scheduled 90mins. Penalty defeats of Denmark and Russia were followed by a Mandzukic winner deep into extra time vs England.

Appearing in their 1st final it will be up to the likes Modric and Rakitic to impose themselves in the midfield to give the Croats any chance.

Coach Zlatko Dalic only took the post last October following the sacking of Ante Cacic, upon arriving, Dalic announced that he would only remain head coach if Croatia qualified for the tournament. Safe to say he could potentially have a job for life should Sunday’s game swing in their favour.

History will point to a straight forward victory and a 2nd title for France and we don’t disagree with what the stats show.

We are predicting a comfortable 3-1 win for the French in a game that will prove a step too far for Croatia.

All the best to both nations, let’s hope for a fitting final for what has been a great tournament.