The Highland Football League 2018/19 was a season to forget for Fort William FC, even by their usual standards.

The league is the 5th tier of the Scottish football pyramid system – with the end of season table toppers entering the play offs for a place in the SPFL.

The past 4 seasons have seen them amass point’s totals of 27, 16, 11 and 5 but upon the completion of this season they sit very unproudly on -7.

To clear up the mystery surrounding the minus figure, an ineligible player was fielded on more than a single occasion so the club were deducted a total of 9 points.

The side from Claggan Park, one of the most picturesque grounds in the United Kingdom – have finally put their latest miserable season to bed and therefore have now registered back-to-back seasons without recording a single victory. 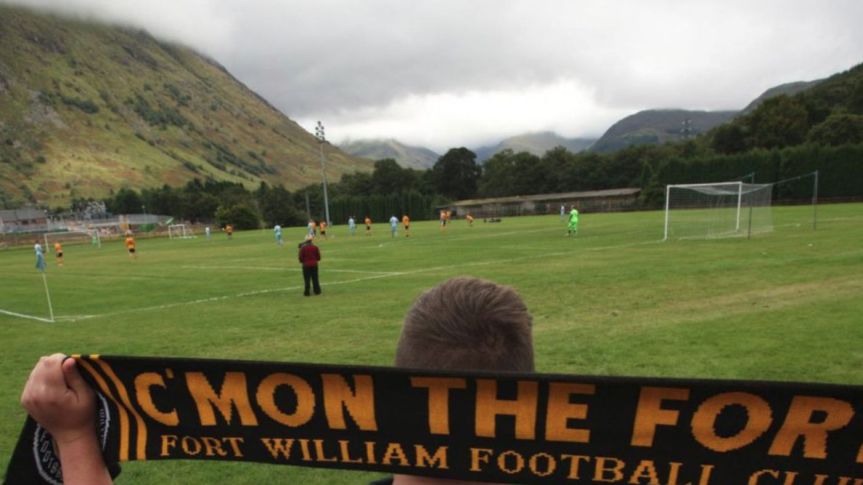 Fort William last won a league match in April 2017, a horrific 72-game run that will stretch into a fourth season after their campaign ended with a 5-1 rout by Wick Academy.

Fort have propped up the table in 15 of the past 21 seasons. The club are reported to have discussed a drop back into junior football, but the players and staff were determined to maintain their Highland League status and continue representing the town.

Some dedication it has to be said.

So when you have that feeling of frustration from your team on a Saturday evening spare a thought for those fans that follow Fort William.